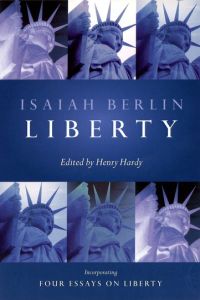 Isaiah Berlin was the rare thinker who gave “freedom” profound consideration. He spent his career on exhaustive, detailed studies of it. In this compilation of Berlin’s classic studies of political thought from ancient Greece through the New Deal, the late philosopher lays out arguments and analyses that will deepen the understanding of any student of politics. Berlin is at his best when he wields broad metaphors. To explain his notion of “negative freedom,” he points to an example of a man tethered to a tree. The man suffers restricted freedom. And so, Berlin notes, does an employer who’s not free to engage in exploitive labor practices. Freedom isn’t always a godsend, Berlin acknowledges. He points to the Aristotelian notion that freedom is too much responsibility for many people. This tour of political thought visits the Stoics, Karl Marx, Immanuel Kant, John Stuart Mill and John Locke, and explores the concepts of coercion, free will, self-determination and self-reliance. Berlin’s vintage work is an enlightening read, but a tough slog through weighty prose that can be difficult to digest. The reader should consume it in small helpings, since Berlin’s intricate arguments demand close attention. But he rewards the effort by offering comprehensive knowledge and understanding you can use to frame ancient history and current events. getAbstract recommends this insightful tome to readers seeking a grounding in political thought.

Isaiah Berlin, professor of social and political theory at Oxford, was the founding president of Wolfson College.

Political freedom is an ever-evolving concept that people have debated for centuries. To the ancient Greeks, liberty required that one participated in the making of laws. The ancient Greek concept of democracy held that as long as government and society applied laws justly and fairly, every person had a responsibility to act according to those laws. For the Greeks, the most pertinent question was “Who governs?” The early democratic thinkers held that freedom isn’t absolute, and it carries responsibility in that people should follow the law and face punishment for breaking it.

The Greeks had no notion of a separation between private and public freedoms. That concept came later, after churches and states so meddled in personal affairs that the idea of a private sphere emerged. In the modern world, political liberty assumes you can do as you please within the confines of your private life, so long as you harm no one. This idea underlies the writings of political philosophers John Locke, Voltaire, Tom Paine and John Stuart Mill. In recent centuries, the primary question surrounding political ...