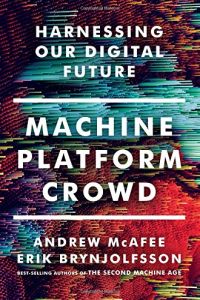 Research scientist Andrew McAfee and management specialist Erik Brynjolfsson, both at the MIT Sloan School of Management, provide a detailed account of how digital technologies transformed the way businesses compete and reshaped the economy as a whole. Their overview is diffuse and covers a number of issues, including the evolution of machine learning, the advantages of data-driven over human decision making and the economics of business in the age of intelligent machines. This informative text will help those who want to participate effectively in the evolving age of intelligent machines.

The “second machine age” involves technologies that can solve problems on their own.

In the early 20th century, manufacturing transitioned from steam power to electricity. This transformed how factories functioned. The first phase of the digital transformation, McAfee and Brynjolfsson report, began in the late 1980s and solidified by the mid-1990s. It involved digital technologies taking over routine tasks in the business world, like payroll and issuing invoices.

The second phase began around 2010 as machines began to learn and solve problems. Intelligent machines emerged that could interact with people, diagnose diseases and design objects. In this second machine age, according to McAfee and Brynjolfsson, machines, platforms and the crowd each have a “counterpart.” In the structure that the authors present, intelligent machines serve as counterparts to the human mind. The counterpart of platforms like Uber or Airbnb is the mass of goods and services they make available, such as a ride across town or vacation accommodations. The counterpart of the crowd is the data and capacity that masses of users make possible. Science can adapt big data to many uses such as refining intelligent machines and documenting consumer behavior. What’s more, in the age of the internet, virtually anyone can use the data.