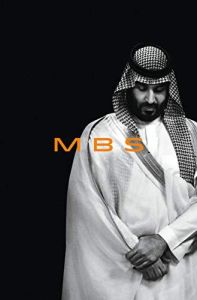 The Rise to Power of Mohammed bin Salman

The review below was first published in the getAbstract Journal on Apr 1, 2021.
We’ve reviewed this title for you as we currently cannot offer a summary.

New York Times Beirut bureau chief Ben Hubbard brings a decade of experience reporting from the Middle East to this timely, detailed portrait of Saudi Arabia’s crown prince Mohammed bin Salman (MBS). MBS has given Saudi women the right to drive, marginalized extremists and modernized the kingdom’s economy. But, Hubbard reports, he’s also a brutal autocrat who arrested his own mother. In this thorough look at MBS’s rapid rise, Hubbard examines the young ruler – including his likely ordering of the murder of exiled Saudi commentator Jamal Khashoggi. Hubbard’s investigation offers an inside look at how MBS is changing his country and its region.

Hubbard’s illuminating reportage, backed by hundreds of interviews, led The Financial Times, Foreign Affairs and Kirkus Reviews to name MBS one of their Best Books of the Year. It is also a New York Times Editor’s Choice. The Washington Post called it “revelatory.” The New York Times Book Review said, “Brilliant…a detailed and disturbing portrait…The book’s strength is the thoroughness of its reporting.”