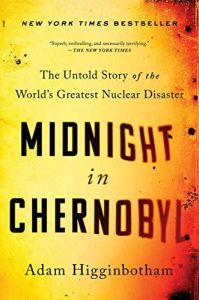 The Untold Story of the World's Greatest Nuclear Disaster

The USSR expanded its nuclear power program in the 1970s as its economy stagnated. The first new nuclear plant opened in 1975 in Chernobyl, Ukraine. As journalist Adam Higginbotham masterfully reports, after a failed safety test on a Friday night in April 1986, Reactor Four exploded. The radioactive fire proved nearly impossible to extinguish, and the explosion contaminated the region for decades. This meticulously researched book offers fascinating technical details on nuclear power and a gripping portrait of the USSR’s final years.

In 1970, the Soviet Union undertook an expansion of its nuclear power program.

To meet its electricity needs and compete with Western countries, the Soviet Union launched an ambitious, far-reaching new program of building nuclear reactor early in the 1970s. The USSR had been a world leader in nuclear engineering. In 1954, it built the first nuclear reactor capable of generating commercial-grade electricity. But by the early 1970s, it had entered the “Era of Stagnation,” while the United States was landing astronauts on the moon.

With its new nuclear project, the Soviet Union sought to establish itself as the world leader in nuclear power. It would build the “greatest nuclear power station on Earth” in Chernobyl, Ukraine.

Chernobyl’s plant would use a new nuclear reactor, the RBMK.

Bearing the name of the ancient regional capital, Chernobyl, the plant would be the first nuclear power plant in Ukraine, sitting along the Pripyat and Dnieper rivers. The new director and sole employee of the Chernobyl Atomic Energy Station, Viktor Brukhanov, created its infrastructure: a rail line leading to the nearest train... 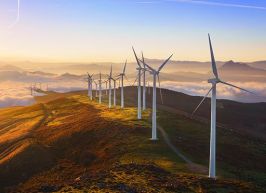