Summary of No Visible Bruises 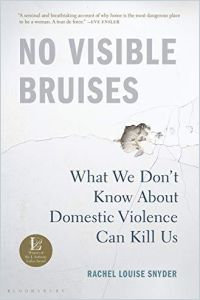 In America today, 54% of mass shootings involve domestic violence; intimate partners use guns to kill 50 women a month. Because of guns, the United States is the most dangerous industrialized country for women. Journalist Rachel Louise Snyder’s exhaustive research reveals sobering truths about why women face so much risk from domestic violence. Snyder includes accounts from jailed batterers, as well. Prescient and vital, this essential work reveals why home can be the most dangerous place. Recommended for women who live with abuse, advocates, lawmakers and law enforcement officers.

Rachel Louise Snyder is a journalist and associate professor in creative writing and journalism at the American University in Washington, DC. Her work has appeared in The New Yorker, The New York Times Magazine, Slate, Salon, The Washington Post, The Huffington Post, The Chicago Tribune and The New Republic.

America does not consider domestic violence an urgent crisis, even though intimate partners murder 50 women a month. And, murder is the leading cause of death among young African-American women. Certain incorrect assumptions surround the issue of domestic violence, including blaming the victim: The girl made bad choices – or, if she had reason to fear her partner, she should simply have left. People still believe that what happens in the home is nobody’s business, and that in domestic disputes women sustain only negligible injuries.

Law enforcement personnel often fail to take domestic violence seriously, especially when they are called to the same home multiple times, even though a domestic violence response call can be dangerous for the responding officers. Perceiving it as a private matter that shouldn’t distract the police, society often deems domestic violence a “nuisance.” Unlike any other crime, it doesn’t happen randomly in unexpected places. It happens mostly where couples live.

For generations around the globe,&#... 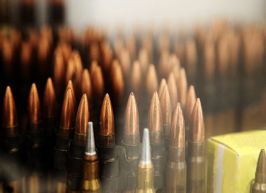