Summary of Oil in Putin’s Russia 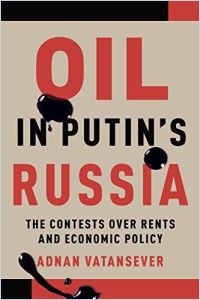 The oil sector has long dominated Russia’s economy, for better and for worse. In this study of President Vladimir Putin’s policies, scholar Adnan Vatansever delves into Russia’s oil sector through the prism of who owns the energy assets and how much the oil industry pays in taxes. Vatansever argues that Russia’s economy is more sophisticated than those of the petro-states in the Middle East and Africa, and he details how Putin imprisoned one oil executive and seized his assets, a display that caused the industry to fall in line. Though Vatansever’s plodding prose can be challenging at times, students of energy politics will find this a fascinating read.

Adnan Vatansever is a senior lecturer at King’s Russia Institute at King’s College in London.

Oil has driven Russia’s economy during the Putin era.

Vladimir Putin became prime minister of Russia in 1999, and his arrival coincided with a decade-long surge in oil prices. During Putin’s two decades in office, revenues from oil exports reached a cumulative $3 trillion. Putin has given some hints that he hopes to avoid the “resource curse” that afflicts nations heavily reliant on the extraction of natural resources. Many oil-rich countries in the Middle East, Africa and Latin America are “rentier states” – places where the government controls the oil industry and where there’s little effort to diversify the economic base. Russia doesn’t quite fit this mold. Privately-owned oil companies coexist with state-owned ventures, and during the Soviet era, Russia took far-ranging steps to create industries beyond oil extraction.

There’s no question that Putin has grown more authoritarian during his years in power. Less clear is how oil wealth has played into Putin’s reign. In many rentier states, strong leaders use oil revenues to hold on to power. In nations where incumbents disperse power to others, the rulers... 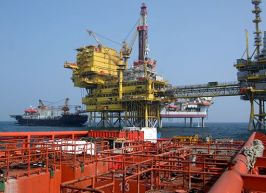