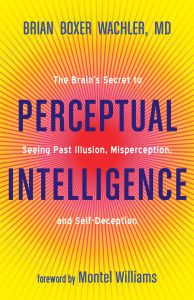 The Brain’s Secret to Seeing Past Illusion, Misperception, and Self-Deception

What do the choices to buy cheap souvenirs, send a birthday present even when you don’t want to, or watch pornography have in common? They all involve your “perceptual intelligence” or PI. Physician Brian Boxer Wachler, an expert on vision and perception, explains PI, the aspects of your mind that sort truth from wishful thinking, self-deception from reality-based intuition and impulse from reason. His entertaining, ambitious treatise looks into human behavior, political activities and daily interactions. He raises fascinating, relevant issues about the complex ways people see the world. While never offering medical advice, getAbstract recommends his useful overview, which includes suggestions for improving your PI, critical thinking, self-understanding, health and self-control. His vivid examples and breezy tone may make the reasoning seem casual. Don’t be misled; his well-researched conclusions are educational and entertaining.

What is the nature of reality? Is there a single objective reality? Is the world a shared illusion or a cluster of competing illusions? Some of these questions are philosophical, but others occupy the more ambiguous ground where biology meets philosophy and experience.

Animals have different senses: hawks and salamanders perceive fundamentally different worlds. Humans perceive continuing movement once something moves at 50 images a second, but flies don’t see motion until it tallies 300 images a second. People don’t perceive electrical impulses directly, although sharks do. But humans have one advantage: They can reason. This lets them test their perceptions and distinguish between reality and illusion. “Perceptual intelligence” (PI) refers to the way people interpret their experiences in order to distinguish between fantasy and reality. Individuals have different levels of PI, a skill you can develop through conscious practice. You can change how you view the world.

Different people react differently to the same situation. How people see the ...

Wherever You Go, There You Are
7 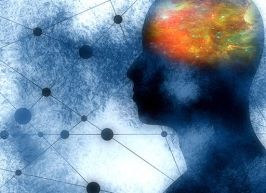