Summary of Plan of Attack 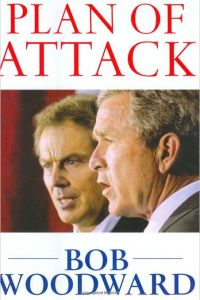 Veteran Washington reporter Bob Woodward continues to shine his lamp into the shadows of US political life. Woodward has an uncanny ability to present a point of view without appearing biased, perhaps because he approaches truth with a complex worldview and eschews viewing individual leaders as either particularly good or evil. Although you may not want to hear what he learned, Woodward interviewed more than 75 officials directly involved in the war on terrorism, including spending three and a half hours with President Bush. He found out that Bush considered, and then planned, war in Iraq long before voters knew, and that his chief advisors debated it vigorously. Right or wrong, he seems to say, Bush’s pivotal team members – Cheney, Rumsfeld, Powell, Franks – were entirely earnest. getAbstract strongly recommends this book to anyone who wonders how the US became the proud new owner of all of Iraq’s problems. It gives you a breathtaking behind-the-scenes understanding of the decisions, for good or ill, that led to America’s second war against Saddam.

Bob Woodward was key in exposing electoral wrongdoing in the Nixon Administration during the Watergate scandal, as reflected in his first book, All The President’s Men, written with colleague Carl Bernstein in 1974. He has been a reporter and editor at The Washington Post for 33 years. He wrote nine No. 1 best-selling nonfiction books, including Bush at War (2002), an account of the US response to the attacks on September 11, 2001.

The Mother of All War Plans

The opening salvo in America’s second Iraq War began much earlier than most voters realize. On Nov. 21, 2001, President George W. Bush put his arm around the shoulders of Secretary of Defense Donald H. Rumsfeld as a National Security Council meeting ended. The president said he needed to speak privately with Rumsfeld, and led him to a small office adjacent to the White House Situation Room. Closing the door, Bush asked what war plan had been prepared against Iraq? The import of Bush’s question cannot be underestimated. It was the President’s first step in a long journey that ultimately led to war.

Rumsfeld railed against all 68 of the Pentagon’s war plans. They were outdated, he said, and in desperate need of revision. Bush told Rumsfeld to get busy updating them. He wanted Tommy Franks, the general in charge of the US Central Command (CENTCOM) in Afghanistan, to calculate what it would take to oust Saddam Hussein.

The president added that he wanted to keep the whole thing quiet. He told Donald H. Rumsfeld not to talk about what he was doing with other officials; Rumsfeld agreed. He left with the impression that the president had not...