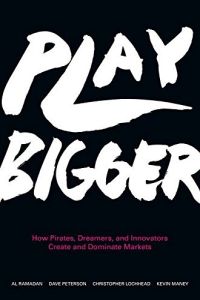 In this intriguing study of the stars of the new economy, a group of Silicon Valley consultants explores the concept of “category kings.” Apple, Google, Facebook, Amazon and Uber exemplify this new breed of companies noted for bold vision, dominant market position, hefty profits and princely valuations. With detailed portraits from the real world, authors Al Ramadan, Dave Peterson, Christopher Lochhead and Kevin Maney compellingly describe what constitutes a category king and why entrepreneurs should strive for this vaunted status. However, when the authors turn to describing how to become a category king, their task gets harder. That’s to be expected. Creating a category king requires a special type of alchemy, and a simple recipe would ring hollow. getAbstract recommends this analysis to entrepreneurs seeking a playbook and to investors looking for insight into a fast-changing landscape.

It’s Good to Be King

Facebook, Google, Amazon, Uber and Tesla are members of a new class of companies that increasingly dominates commerce. They’re “category kings” – enterprises that conjure new niches or discover ways to revolutionize old businesses. Category kings move past disruption and incremental improvements to create something that didn’t exist before.

Today’s category kings become so synonymous with the niches they created that they hold virtual monopolies. Google owns search so thoroughly that Microsoft essentially wasted its $10 billion investment in Bing, a search engine that sought to challenge Google. Rivals almost never succeed at dethroning a category king. Like Xerox before it and Airbnb after, Google’s name is the name of its category. This translates to consumer pricing power and steep valuations from investors.

In music, Elvis Presley was a category king in rock and roll. Consider the now staid niche of frozen vegetables. As recently as the 1920s, the frozen vegetable didn’t exist as a consumer product. Budding entrepreneur Clarence Birdseye was working for the US government in northern Canada when he saw native Inuit people...

The End of Scale
8
Making the World Work Better
8

Trade-Off
8
The Maverick and His Machine
8