Summary of Racism Has a Cost for Everyone 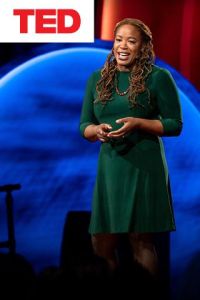 Racism affects every member of a society, not only the victims. When racism corrupts public policy, it impedes economic growth and harms everyone, including those the policy is supposed to benefit. Economist Heather C. McGhee found racism lurking at the heart of many of America’s most vexing problems, including failing infrastructure and the financial crash of 2008. In her research, she saw repeated examples of zero-sum thinking – the idea that one group benefits only at the expense of another. Fortunately, she also found many instances of people defying racism and uniting to build a better future.

When racism contaminates public policy, it hurts economies, and all members of society suffer.

In 2016, Heather McGhee, an African-American woman and an expert in economic policy, appeared on a public television program to speak about her field when she took a call from a man named Gary. He began by saying, “I’m a white male, and I’m prejudiced.” He explained that he stereotyped black men as dangerous gang members and criminals but professed a desire to change and become a “better American.” McGhee responded thoughtfully, and the exchange garnered more than eight million views on social media. After the on-air exchange, Gary and McGhee met in person, continued their dialogue and eventually became friends. McGhee showed Gary how racism influences American public policy, and Gary inspired McGhee to wonder whether racist public policies hurt not only minorities but also those they are designed to benefit and protect.

“Racism leads to bad policy making. It’s making our economy worse. And not just in ways that disadvantage people of color. It turns out it’s not a zero sum. Racism is bad for white people, too.”

For example, America spends less per capita than any other developed nation on infrastructure. Yet in the 1930s and ’40s, the United States invested heavily in infrastructure and public amenities. One such project was the beautiful Oak Park swimming pool in Montgomery, Alabama. In 1959, a federal court ruled to desegregate the pool and allow admission to black families. Rather than encouraging white folk to swim with their Black neighbors, the white town council drained the pool. It also closed the parks department, recreation centers, and even the zoo. All around America, other communities reacted to desegregation similarly by shutting down public amenities, which hurt everyone.

A more recent example of how systemic racism negatively affects economies is the demise of Lehman Brothers in 2008. The firm had committed heavily to subprime mortgages. Lenders used this financial instrument to lure unsophisticated borrowers, but the terms of those mortgages included inflated interest rates, balloon payments and prepayment penalties, which forced borrowers to default. Financial institutions initially marketed these loans aggressively to minorities before widening the net to include all home buyers.

“We would not have had a financial crisis if it weren’t for racism.”

Like Lehman Brothers, Wall Street jumped on the subprime bandwagon. The ensuing crash cost the US economy eight million jobs, $19 trillion in lost wealth and a huge drop in the home-ownership rate. People incorrectly believed that unqualified borrowers got in over their heads on properties they couldn’t afford. This stereotype is false. Most people caught in the subprime net had good credit, including minority borrowers. “The problem wasn’t the borrower; the problem was the loan.” Eventually, many of the perpetrating banks, including Wells Fargo and Countrywide, received fines for racial discrimination.

Zero-sum thinking – the idea that one group rises by suppressing another – negatively affects everyone.

In 2017, auto-factory workers in Mississippi tried to unionize, but the supporters and opposers separated along racial lines. The union failed, and today, workers of every color earn lower wages and have less health care coverage than their counterparts in unionized factories. The idea that if a black person gains then a white person loses is misguided. Everyone at that factory lost.

“It costs us so much to remain divided. This zero-sum thinking – that what’s good for one group has to come at the expense of another – is what’s gotten us into this mess.”

Happily, in other places, people are benefiting by working together and supporting each other. In Lewiston, Maine, an influx of Congolese refugees revitalized the dying mill town. The newcomers generated $40 million in tax revenue and $130 million in income. And thanks to those refugees, retired white seniors of French-Canadian heritage relearned the French they had spoken in childhood. As a result, Lewiston is flourishing. It’s time that society accepted that the fates of all community members are entwined and that “an injury to one is an injury to all.” Inclusivity benefits every member of society, not just minorities.

Economic and social policy expert Heather C. McGhee is a former president and senior fellow at Demos, a think tank. She wrote The Sum of Us.

How to Rewrite the Rules, with Sam Conniff Allende
7