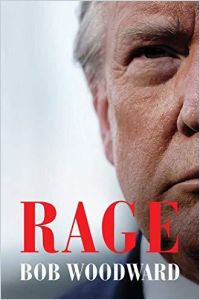 In the summer of 2020, as the coronavirus pandemic raged on, Americans faced mass unemployment, rising inequality and a national race-relations crisis. US President Donald Trump’s flawed handling of these crises parallel his personal proclivities and shortcomings, argues renowned investigative journalist Bob Woodward. Woodward uses interviews with Trump and others to establish that not only did the president fail to warn the American public, early on, about the danger of COVID-19, but he deliberately did the opposite. As of the end of October 2020, some 225,000 Americans have died.

Bob Woodward is an American investigative journalist. He started working for The Washington Post as a reporter in 1971, and currently holds the title of associate editor. He has authored or coauthored 20 books, all of which have been national non-fiction bestsellers. Fourteen have been #1 national bestsellers.

At a presidential briefing in January 2020, the national security adviser Robert O’Brien informed President Trump, “This will be the biggest national security threat you face in your presidency.” At that point, most American officials, including the president, regarded the outbreak in China as posing little risk for Americans.

At that same Oval Office meeting, deputy national security adviser Matthew Pottinger aired a dire factual warning. Pottinger knew China well and spoke Mandarin – he had been in China as a reporter during the SARS crisis of 2003. According to Pottinger’s sources, the virus was spreading quickly from one person to the next, even from people who did not exhibit symptoms. This was a major public health crisis for America, made worse by the fact that China had misled the world about its own struggle to contain COVID-19. Pottinger asked one expert in China whether this would be as bad as SARS in 2003.“Don’t think SARS 2003,” the expert replied. “Think influenza pandemic 1918,” which killed...

Jim Mattis: Duty, Democracy and the Threat of Tribalism
7