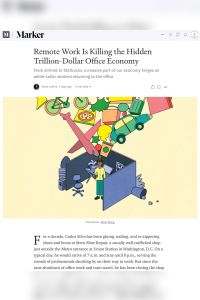 The End of Tourism?
9
The System That Actually Worked
9