Perigee, 2017
© 2017
From RICH20SOMETHING by Daniel DiPiazza. Summarized by arrangement with TarcherPerigee, an imprint of Penguin Publishing Group, a division of Penguin Random House LLC.
ISBN: 9780143129387
Pages: 304 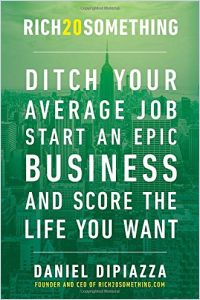