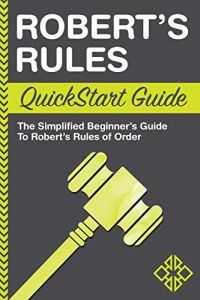 Rooms full of smart people can devolve into chaos if you don’t adopt an orderly approach to meetings. Whether you want to organize a community initiative or hold more productive committee or board meetings, ClydeBank’s simplified interpretation of the latest (2011) edition of Robert’s Rules of Order helps you keep gatherings on track and orderly. American army colonel Henry Martyn Robert created Robert’s Rules in the late 1800s, and these standards remain in wide use today. Put them into practice to enable your group to share ideas, avoid abuses of power and embrace transparency.

Smart people waste time at meetings when their egos clash.

Even well-intentioned, bright people may waste time at meetings because they want to push their agendas forward, get excited about their ideas and don’t trust their colleagues to get around to things that matter to them. Egos and diverse points of view can collide, but you don’t have to live with disorder or chaos. There’s a better way to proceed.

In the late 1800s, US Army colonel Henry Martyn Robert wrote a guidebook outlining a methodology for organizing meetings of any size. He originally titled it the Pocket Manual of Rules of Order for Deliberative Assemblies, then later, Robert’s Rules of Order.

Robert’s guide book was – and continues to be – widely popular. Publishers have issued 11 different editions and sold millions of copies. Robert’s Rules can help you hold productive and efficient meetings, define your organizational structure, and otherwise allow your group or company to conduct itself with dignity and professionalism.

Follow Robert's Rules in meetings to launch a new... 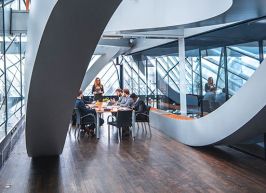