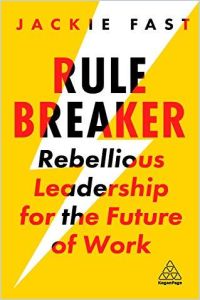 The traditional hierarchical structure of leadership is melting away, as new leaders learn to be bold and break old rules. In this manifesto for change, entrepreneur Jackie Fast argues that the internet, with its direct-to-consumer appeal, shatters the divisions among people and enables broad collaboration. Technology also renders formerly opaque leaders transparent, relaying their triumphs and transgressions to the world. Fast warns that leaders who are brave enough to move beyond the current rule book must collaborate and lead by example to stay ahead in an increasingly interconnected world.

To achieve global change, alter your definition of leadership.

Over time, technology stripped the veneer off the old vestiges of leadership, made it harder to identify true leaders and provided greater insight into leaders’ foibles. In search of new people to follow, many younger people turn to social media. But in such forums,“Insta-famous” influencers muddy the waters of success and of influence itself, making it more difficult to identify true leaders.

Many leaders can’t escape the hierarchical framework developed centuries ago.

The Dutch East India Company, created in 1602, defined the business practices most companies still use today. Within 35 years of...