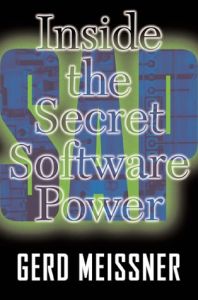 Inside the Secret Software Power

If you own stock in SAP, perhaps the world’s premier producer of the enterprise software that integrates such business functions as finance, distribution and human resources, this year’s been a wild ride. But despite this patch of management problems, earnings pressure and roller-coaster stock price fluctuations, SAP remains one of the largest and most firmly entrenched software companies in the world. Gerd Meissner attributes much of this success to the corporate culture established at SAP’s birth by its five German founders, and in more than 200 compelling pages, he proves his point by piercing the veil of this innovative and secretive organization. Meissner traces the history of the company back to its origins in the early 1970s, keeping his finger always on the thread of characteristics that set SAP apart from its competitors - for better or for worse. getabstract strongly recommends this book both as a gripping biography of an industry giant and as an incisive study in employee empowerment, business alliances and corporate innovation. In other words, in reading this book, not only will you learn something about this thriving software company, you’ll probably learn something about your own company as well.

The year was 1972, and IBM was still Big Blue. Microsoft was still just a sparkle in Bill Gates’ eye. In Walldorf, Germany, a tiny village 10 miles south of Heidelberg, anyone who wanted to make a mark on the world left town for better opportunities elsewhere. The five founders of SAP had done just that, going to work for IBM in Mannheim.

However, on a sunny morning in May, those five men met in an apartment in Walldorf and started what would become the third-largest software company in the world, SAP. They were:

An expert in dialog programming at IBM. Hopp convened the meeting to try to convince his colleagues to join him in starting SAP.

A financial accounting expert who left IBM in 1971 to form his own systems- analysis and program-development business.

Although he was a systems engineer with an MBA, he eschewed the corporate look and dressed in brightly colored shirts. His bookkeeping system was so popular with IBM clients that it was called the Wellenreuther bookkeeping system.

A teleprocessing expert who specialized in enabling local math processing... 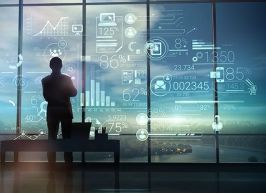