Summary of Seven Lessons for Leading in Crisis 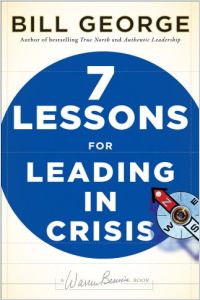 Business legend Bill George learned about corporate crisis firsthand as a novice manager in his 20s. His timing was impeccable: The day before he began a new job as Litton Industries’ assistant general manager for microwave ovens, the U.S. surgeon general announced that microwave ovens posed a potential health risk. When George arrived at Litton’s Minneapolis office for his first day on the job, the place was in bedlam. If the Food and Drug Administration (FDA) had ordered Litton to take its only product off the market, the company would have gone under – and George would have been out of a job. For nine months, he worked around the clock with Litton’s engineers to make sure its microwave ovens could meet tough new FDA standards. What a welcome to the business big leagues! In his book on corporate crises, George says calamities either make or break executives. Litton’s microwave crisis did not break George. He went on to a storied career as a respected CEO and a professor at Harvard’s School of Business. getAbstract recommends his wise, savvy book to CEOs and other senior executives who will derive valuable lessons from its strategies and its many fascinating case studies.

Bill George, professor of management practice at Harvard Business School, is the former chairman and CEO of a leading medical technology company. The Academy of Management recognized him as Executive of the Year.

Chinese Curse: “May You Live in an Important Age”

Crises uniquely test executives. A crisis will ruin some CEOs and elevate others. The leadership skill you will need during a crisis is not something you can learn in an M.B.A. program. Rather, you will discover it as the crisis develops. If you weather the storm, your leadership ability will shine bright. If you make mistakes, but keep your company afloat, you will still be able to learn valuable lessons. Thus, you will be better prepared for future emergencies.

In 1991, Salomon Brothers was in big trouble. It faced possible criminal prosecution for “submitting false bids” to the U.S. Treasury. The firm’s senior managers refused to accept the dangerous reality of the situation. However, Warren Buffett, Salomon’s major shareholder, quickly assumed control of the company and told the top executives to leave the firm. Lawyers and public relations professionals counseled the company not to “provide complete transparency” to the U.S. government. Buffett did the exact opposite, ordering Salomon to be fully transparent, even if the government used information it provided to prosecute... 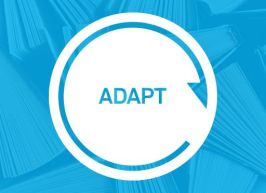