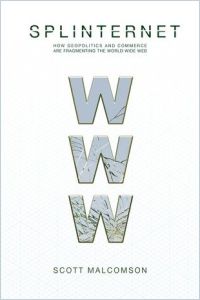 The 1940s military industrial complex and the Cold War spawned innovations that became the foundation of today’s information society. The United States government had a role in developing computer screens, the Internet and the venture capital industry, all as part of military efforts. Communications consultant Scott Malcomson’s slim volume spells out this little-known history. Essentially, he writes, the government guided the development of the computer age for decades. getAbstract recommends his compelling overview and fascinating anecdotes to students, entrepreneurs, investors and policy makers who will benefit from this overlooked story’s rich information on where the Internet came from and cautionary notes about where it’s going.

The Internet first took root in the US war machine. Government projects tracing to World War I created computers, the World Wide Web and the first computer screens, which developers built to show radar signals tracking enemy planes. In the late 1960s, however, the underlying culture of cyberspace changed dramatically. Engineers from the San Francisco Bay area began to play their part in shaping computers and the Internet. This group – peace-loving, stateless, libertarian – was the opposite of the war machine that created the Internet.

The California creators of cyberspace were indifferent to nations and often espoused the idea of a utopian world free of government intrusion. In recent years, cyberspace has returned to its more violent, nationalistic origins. Russian cyberattacks, Chinese cybertheft and US military sabotage are examples of a dystopian world in which aggressive policy rules the web.

The 19th century saw the emergence of industrialized warfare. In the US Civil War, the agrarian South could not stand against the mechanized North. The US founded the National Academy of Sciences in 1863 to help the Union Army harness knowledge for lethal...

Physics of the Future
9
Great Powers, Grand Strategies
6
From the Sea to the C-Suite
8
Innovation + Equality
9
Black Software
7
Rethinking Readiness
9