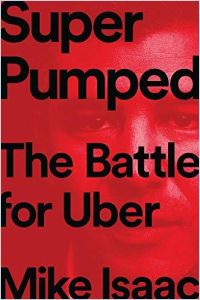 The review below was first published in the getAbstract Journal on Jul 28, 2021.
We’ve reviewed this title for you as we currently cannot offer a summary.

NPR, Fortune, Bloomberg and The Sunday New York Times chose this as one of the Best Books of the Year. The New York Times Book Review named it an Editor’s Choice and said, “Isaac is great at the ticktock of events as they unfold, but his best work comes when he steps back to examine the bigger picture.” John Carreyrou, author of the best-selling Bad Blood, said, “Aside from being a delicious read, Mike Isaac’s account is also teeming with new revelations that will shock and outrage you.”