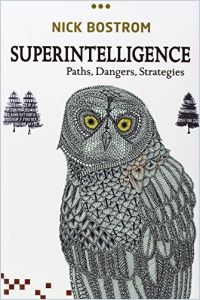 Oxford futurist Nick Bostrom argues that artificial intelligence (AI) offers the promise of a safer, richer and smarter world, but that humanity may not be able to bring AI’s promise to fulfillment. The more Bostrom deconstructs public assumptions about AI, the more you’ll come to think that humankind totally lacks the resources and imagination to consider how to shift from a world that people lead to a world that some superintelligent AI agent could threaten or dominate. Bostrom handily explores the possibilities of – and the concerns related to – such a “singleton.” For instance, he asks what if such an agent could develop into a one-world government with uncertain moral principles. His book is informed and dense, with multiple Xs and Ys to ponder. The specter of what-if carries his narrative, an in-depth treatise designed for the deeply intrigued, not for the lightly interested. getAbstract recommends Bostrom’s rich, morally complex speculation to policy makers, futurists, students, investors and high-tech thinkers.

Oxford University professor Nick Bostrom is a founding director of the Future of Humanity Institute.

The Prospect of Superintelligence

At Dartmouth College in the summer of 1956, a group of scientists sat down to chart a new course for humankind. They began with the notion that machines could replicate aspects of human intelligence. Their effort evolved in fits and starts. Rule-based programs, or “expert systems,” flourished in the 1980s, and the promise of artificial intelligence (AI) seemed bright. Then progress waned and funding receded. In the 1990s, with the advent of “genetic algorithms” and “neural networks,” the idea took off again.

One measure of the power of AI is in how well specifically designed machines play games like chess, bridge, poker Scrabble, Jeopardy and Go. A machine with effective algorithms will prevail over the best human Go player in about a decade. From games, AI’s applications extend to hearing aids, speech and face recognition, navigation, diagnostics, scheduling, inventory management and an expanding class of industrial robots.

Despite AI’s growing popularity and uses, signs of its limitations are emerging. In the “Flash Crash” of 2010, algorithmic traders inadvertently created a downward spiral that cost the market a trillion dollars...