Summary of The 60 Second Sale

Many salespeople, especially novices, aren’t always sure how to interact with prospects. Many adopt an overly familiar “frat boy” approach. Although they may not yet know much about their prospect’s problems, goals and needs, they ask for major commitments. Unsurprisingly, this seldom works. In this lively, comprehensive manual, sales trainer and coach David V. Lorenzo offers a more effective alternative: “relationship-based sales.” He directs his advice to B2B and B2C salespeople who will garner many useful sales tips from his strategies and recommendations.

In 2003, author David V. Lorenzo won a $50,000 bonus by accomplishing a near-impossible sales victory – thanks to building a relationship.

In 2003, author Dave Lorenzo was a partner at the Gallup Organization. His boss asked him to help retrieve a major account – a well-known fashion retailer – that a rival had scooped up. The boss promised Lorenzo a $50,000 bonus if he could re-sign the account,  in 60 days.

The money was fabulous, but the assignment looked impossible. Normally, it would take at least 18 months to win over a major national account. Lorenzo accepted the challenge. He reviewed his contacts files to see if anyone from the company might have attended one of his speeches. He called and scheduled an appointment with a woman who had heard him speak and who subscribed to his email newsletter.

After they met, Lorenzo went out of his way over the next few weeks to demonstrate his interest in seeing her reach her professional goals. Because he established a close relationship quickly, his contact helped him avoid the internal bureaucracy at the clothing retailer. Using this expedited... 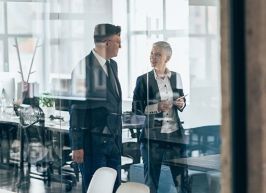