Summary of The Afghanistan Papers 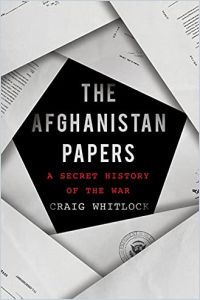 The US war in Afghanistan started with a seemingly clear-cut mission: Destroy al-Qaeda and prevent a repeat of the September 11, 2001, terrorist attacks. Two decades later, the United States pulled its forces from the battle-scarred country, and the Taliban quickly reclaimed power. In this compelling text, journalist Craig Whitlock delves into the disheartening details of the failed war. Whitlock interviewed hundreds of people who fought in Afghanistan and studied thousands of pages of documents. He shows the extent to which Washington, DC, failed to understand – and often lied about – the conflict’s challenges.

Craig Whitlock is an investigative reporter at the Washington Post. He has covered the global war on terrorism since 2001 and is a three-time finalist for the Pulitzer Prize.

By quickly ousting the Taliban, the United States seemed to score an easy victory in Afghanistan.

Soon after the September 11, 2001, terror attacks, US president George W. Bush ordered American soldiers into Afghanistan. In the early weeks and months, the invasion appeared successful: The Taliban resistance crumbled in just six weeks, and US forces suffered minimal casualties. Thousands of American troops streamed into Afghanistan, and just 20 died in the first six months of the war. Despite the apparent victory, 7,000 troops remained in Afghanistan after the original incursion. The Bush administration executed a promising start to the war, but no one in Washington, DC, had a clear plan for how it would end.

The early success soon turned into a quagmire. Bush and his advisers didn’t want to abandon a nation with little capacity for self-governance. Yet they also feared that sending too many troops into Afghanistan would leave Washington to shoulder the blame for the woes of a dysfunctional country. One adviser to the Bush White House summed up the conundrum: The United States didn’t want to embark on a path of ambitious nation building. “But...