Summary of The Age of Walls 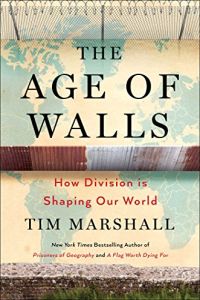 Those taken aback by the illiberal leanings of US President Donald Trump might think of his promise to build a “big, beautiful wall” along the Mexican border as something of an aberration. In truth, Trump is late to the wall-building game. While Berlin’s Checkpoint Charlie has been relegated to Europe’s history bin, many a wall has risen elsewhere. In this engaging study, journalist Tim Marshall takes an inventory of boundaries across the globe. Today, security structures separate South Africa from Zimbabwe, Israel from Palestine, Turkey from Syria and India from Bangladesh. Marshall paints such physical fences as metaphors for the wider, more ephemeral divides among the world’s peoples, who find themselves increasingly segregated by income, faith, language and ideology. Marshall is, clearly, no fan of walls or of nationalism; but his analysis comes across as clear-eyed rather than politically motivated, and offers unique insights into the world’s fragile and fraught geopolitics.

Tim Marshall is a leading authority on foreign affairs who spent 25 years as a journalist at Sky News and the BBC. He wrote two earlier books in his Politics of Place series, Prisoners of Geography and Worth Dying For: the Power and Politics of Flags.

From Tearing Down Walls to Building Them

In 1987, US President Ronald Reagan visited Berlin and uttered a historic soundbite: “Mr. Gorbachev, tear down this wall!” The Berlin Wall fell just two years later, kicking off an era of openness, cross-border cooperation and globalization. Three decades later, however, the global mood has shifted dramatically. In the age of Donald Trump and the European refugee crisis, the world has seen a return to tribalism and a “fortress mentality.” Today, some 65 nations have fences along their borders. Half have come into existence within the past 20 years. The wall-building trend is a worldwide one. Governments in Africa, Asia, Europe, the Middle East and North America have all engaged in the practice. Some walls are famous, such as the boundary separating North Korea and South Korea. Others have gone up with little fanfare. Uzbekistan has, for instance, walled off frontiers with neighbors including Afghanistan, while its barrier with Tajikistan is reinforced with mines.

China is all but synonymous with its Great Wall. The biggest barriers in modern Chinese society ...