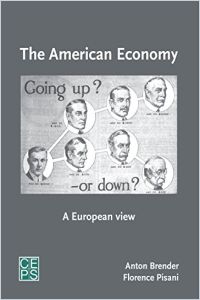 Money, Finance and the Real Economy
8

Between Debt and the Devil
9
Optimal Money Flow
9
The Age of Magic Money
8
The Great Demographic Reversal
8
What is the repo market, and why does it matter?
8
Fiscal Therapy
8