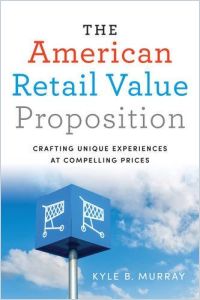 “The consumer isn’t a moron; she is your wife,” David Ogilvy famously opined in his book Confessions of an Advertising Man. Although he was admonishing advertisers not to insult consumers’ intelligence while marketing to them, the same advice applies to the retail experience. As University of Alberta business professor Kyle B. Murray explains, retailers must offer a “retail value proposition” focused on three elements: “shopping environment, product selection and customer engagement strategy.” Murray packs in tons of information and insights into the factors that lead to retail success in today’s environment – even as e-commerce further complicates it. He warns that retailers must find, train and retain engaged employees. His overview will interest consumers intrigued by a behind-the-scenes look at what drives retail marketing tactics. And getAbstract finds that his informative retail strategies will appeal to marketing managers, retail executives, store buyers and suppliers, market researchers and investors interested in retail stocks.

Kyle B. Murray, a marketing professor at the University of Alberta’s Alberta School of Business and director of its School of Retailing. He “fell in love with retailing” when working in his father’s drugstore in Northern Alberta.

The retail business is tough, as Ron Johnson can testify. He advised Steve Jobs to build Apple’s retail stores around the consumer experience rather than centering them on Apple products. Even though Apple’s analysts were downbeat about its chances in the highly competitive retail electronics market, annual sales from Apple stores exceeded $1 billion within two years.

Hoping Johnson could replicate this success, JCPenney hired him as CEO to help boost its declining revenue. Starting in January 2012, Johnson cut down on private-label brands, reduced price-based promotions and added high-end boutiques to create a more upscale environment. The company bled $1 billion in losses by the end of 2012. Johnson resigned after less than 18 months with JCPenney. He had set an “overly ambitious” target, an approach retailers often adopt.

In their book Built to Last, James Collins and Jerry Porras call such “aggressive corporate” objectives “big hairy audacious goals” (BHAG). Sam Walton’s BHAG was to increase Walmart’s annual sales from $30 billion in 1990 to $125 billion in 2000, a goal it reached two years...