Summary of The Case for Mars 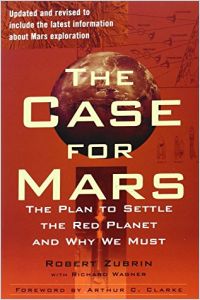 Robert Zubrin combines genuine enthusiasm for space exploration with the levelheaded pragmatism you want in an engineer (which he is). That second quality is essential, as skeptical readers may find themselves shaking their heads at the matter-of-fact way in which Zubrin dispels objections to going to Mars. He makes the journey sound not only easy but logical and inspiring. The book has just two minor weaknesses: First, Zubrin can seem partisan – arguing not just for Mars but against alternative projects, like lunar exploration. Second, occasionally he goes into more detail than really necessary. For instance, plans to name Martian months seem premature, albeit interesting. getAbstract recommends his fascinating book to skeptics who don’t see why society should bother with space, to those old enough to remember the glory days of the Apollo missions, and to anyone interested in bold scientific exploration. This is a trip you can take.

To understand the nature of life, to provide a second home for humanity and to reach for the stars, humankind must go to Mars. America’s space program is stalled and aimless. Its last great achievement was the Apollo moon landings, now decades in the past. The space program needs a goal to renew its purpose. Fine, you might say, get a goal...but why Mars?

Start with water. While temperatures on Mars’s surface average below freezing, the fourth planet from the sun hasn’t always been so cold. Photos show “dry riverbeds,” evidence that Mars once had essential water. Settlers will be able to find water below ground. Mars also has carbon, nitrogen, hydrogen, and oxygen, so people will be able to grow food and make rocket fuel. Because no oceans cover its surface, Mars actually has as much land as all of Earth’s continents combined. A Martian day is about the same length (24 hours and 39.6 minutes) as an Earth day. This will make it easy for settlers to adjust, as will the 24° axial tilt, which gives Mars seasons that vary like Earth’s. Using existing methods of propulsion, a trip to Mars would take about six months during the orbital period when Mars ...

The Space Barons
9
All In
8
Selling With Noble Purpose, Second Edition
8 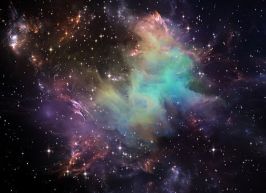