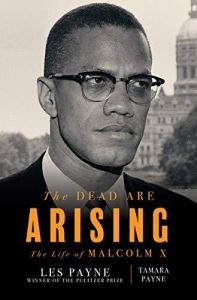 The Dead Are Arising

The Life of Malcolm X

The review below was first published in the getAbstract Journal on Feb 9, 2021.
We’ve reviewed this title for you as we currently cannot offer a summary.

Malcolm X in His Time

Les Payne, the founder and former president of the National Association of Black Journalists, was a Pulitzer Prize-winning reporter, a Newsday editor and a syndicated columnist. Co-author Tamara Payne, his daughter, was his principal researcher and, after his death, she completed this comprehensive, evocative biography of Malcolm X, winner of the 2020 US National Book Award for Nonfiction.

Their exhaustively researched saga offers a vivid portrait of Malcolm X and his turbulent era. The Payne’s abundance of material – including a trove of new information, such as insight into Malcolm X’s meeting with the Ku Klux Klan – never impedes their narrative’s dramatic flow. This intricate, dynamic portrait of one of American history’s most complex, fascinating and controversial figures proves constantly readable and illuminating.