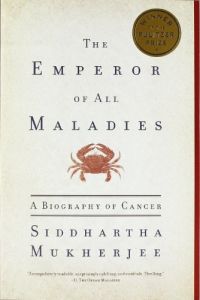 The Emperor of All Maladies

A Biography of Cancer

Columbia University staff physician Siddhartha Mukherjee took ten years to complete this Pulitzer Prize–winning history of the detection and treatment of cancer. His coverage begins in 2500 BC and ends in 2009. His medical credentials and understanding of his subject are hard-earned and reflect a life dedicated to conquering cancer. Mukherjee trusts readers to come along as he describes equally complex medical approaches and politics. Those who persevere will reap the rewards of a deeply compassionate, knowledgeable and comprehensive saga. getAbstract recommends Mukherjee’s heartfelt explanation of this confounding disease to all those who are involved in medicine including investors and scholars, and anyone concerned about cancer.

The Definition and Nature of Cancer

In 1838, two German biologists posited that cells were the basic building blocks of all life and that cells grew only from existing cells. They found that all tissue growth comes from creating more cells, called “hyperplasia,” or by growing cells larger, called “hypertrophy.” But when the normal process of making more cells by cell division becomes “distorted and unleashed,” a cell can reproduce without restraint. This uncontrolled, hyperplastic cell growth is cancer. One of the most difficult hurdles in curing cancer is the intertwining of malignant and healthy genetic material in this growth process. Each replication of cancer cells creates new cells that differ genetically from their progenitor cells. And cancer cells produce mutations that resist whatever attacks them, like radiology or chemotherapy.

In a perverse proof of natural selection, ever-mutating cancer cells survive to reproduce. Thus, cancer is a multitude of unpredictable diseases rather than a single malady like tuberculosis. Cancer remained intractable even in the mid-1900s, and even as wonder drugs – such as the polio vaccine – cured other illnesses. Cancer proved... 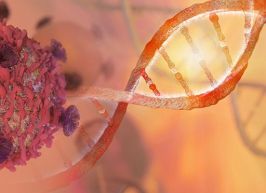