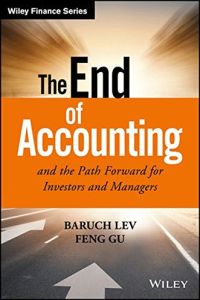 Many investors believe that public companies’ quarterly statements are something akin to gospel. After all, Wall Street analysts and the business media breathlessly parse every detail of major corporations’ earnings announcements. But professors Baruch Lev and Feng Gu claim that these accounting reports have lost their relevance because although the world is moving fast, corporate financial statements have hardly changed in more than a century. In this thought-provoking book, the authors persuasively argue that savvy investors would be wise to understand the shortcomings of traditional accounting. getAbstract recommends this expert analysis to investors, managers and regulators for its critical look at a crucial financial tool.

Financial Statements Are “Frozen in Time”

Huge changes have swept through nearly every sector of society and the economy over the course of the 20th century and into the 21st. But public company financial statements are one notable exception. For instance, you’ll see no appreciable difference in the basic format between US Steel’s 1902 and 2012 consolidated income statements. Both documents list such standard items as sales, interest expense and income tax. The same is largely true for the balance sheets and cash flow statements.

But modern-day financial documents have expanded in length. In 1902, US Steel’s annual report was 40 pages long; by 2012, the industrial giant’s report had grown to 174 pages. Yet little of substance accounts for the extra sheets in the longer report. Instead, fluff such as glossy photos, colorful graphs and boilerplate disclosure language fill the additional space.

The footnotes, which were few in US Steel’s 1902 report, stretch on for 54 pages in the 2012 report. Again, the added material is mostly meaningless; it includes the rehashing of accounting basics, standard disclaimers about the use of estimates and the inclusion... 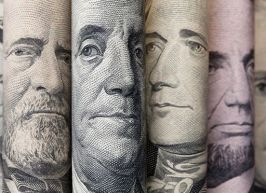