Summary of The Fate of Africa

As Africa attracts investment from China and elsewhere, observers foresee a bright future for the continent. A range of books – including The Next Factory of the World and Rwanda, Inc. – predict rapid economic growth and robust development. Journalist Martin Meredith’s examination of Africa’s recent history offers no such optimism. Since the 1960s, he writes, the continent’s story has been one of broken promises, squandered potential, governmental corruption and incompetence. In Africa, periods of difficulty become apocalyptically bad, with grinding poverty, starving children, rampant disease and corrupt government officials. On a continent where few nations did anything to stem the AIDS epidemic, life seems cheap. In a rare bright spot in Meredith’s history, Nelson Mandela endured imprisonment and emerged to lead a democracy movement in South Africa. getAbstract recommends this sobering 700-page reality check to investors, global managers, NGO workers, historians and students. He last updated his history in 2011, just as Africa showed new signs of growth, but his overview’s comprehensive nature still warrants and rewards a thoughtful read.

Martin Meredith is a journalist, biographer and historian. His previous books include Mandela: A Biography and Born in Africa: The Quest for the Origins of Human Life.

Era of Mismanagement and Corruption

During the 1950s and 1960s, African nations unshackled themselves from European overseers. The notion of an African renaissance created near-euphoria. Self-determination, many believed, would allow Africans to control their destiny and prosper after decades of colonialist exploitation.

Excitement revived in 1994, when South Africa threw off its apartheid system. American President Bill Clinton visited in 1998 for a 10-day tour that included laudatory speeches in Africa’s budding democracies. Yet, despite many hopeful moments, Africa’s story in recent decades has been one of disappointment – abject poverty, illiteracy and poor health. The number of Africans living in poverty doubled from 1981 to 2002. Africa’s poor subsist on incomes that make first-world poverty seem luxurious. Hundreds of millions of Africans get by on less than $1 a day. Africa’s leaders often are bloodthirsty, like Liberia’s Charles Taylor, or greedy, like Kenya’s Daniel arap Moi, Gabon’s Omar Bongo and Equatorial Guinea’s Obiang Nguema.

China’s wave of investment in Africa in recent years is a... 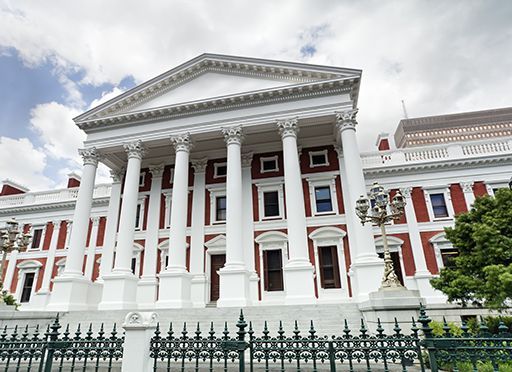