Summary of The Fed 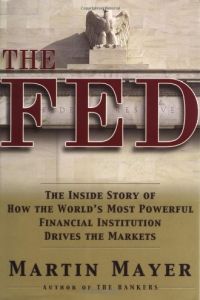 This intricate history of the U.S. Federal Reserve Bank contains many surprising revelations about the hidden world of our central bankers, and one that might not come as much of a shock: The people calling the shots are probably no brighter than you. This simple observation is the take-away moral of Martin Mayer’s hefty book, which pulls the curtain aside to provide a fascinating, if sometimes rambling, glimpse into the world of the U.S. Fed. getAbstract.com heartily recommends this substantive work to anyone interested in learning how the U.S. economy really functions. (Postscript: Kudos to Mr. Mayer for pointing out a couple of years ago that the positive trends we enjoyed under the Greenspan heyday could indeed reverse.)

A well-respected financial journalist with more than 30 books to his credit, Martin Mayer is a guest scholar at the Brookings Institution. He is a regular contributor to the Wall Street Journal, and a columnist for OnMoney.com.

To understand the nature of the modern United States Federal Reserve, you must go back to October 1998, the month when everything very nearly came apart, even though almost no one realized it.

Central bankers from the world’s economic powers had come to pay a visit to Washington. They descended on the city by the thousands. They thought they were coming for an interlude of socializing and partying. But what would occur during the course of the meetings would send them home aghast. The bad news broke like a tsunami during the Group of 30 conference, an economic strategy group established in the late 1970s with the help of the Rockefeller Foundation. Members of this group were the elite of the elite, including executives for the Bank for International Settlements in Basle, the Banque de France, the European Central Bank, the Bank of England, the Bank of Israel, The Bank of Japan, the International Monetary Fund and more.