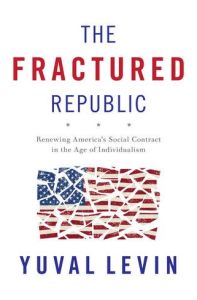 Renewing America’s Social Contract in the Age of Individualism

The divisive presidential campaign of 2016 played into the narrative that American society has become harsher and less cohesive. This is a real trend, decades in the making, argues political commentator Yuval Levin in this intriguing rumination on mid-20th century postwar America. He asserts that Americans misinterpret the prosperity of the 1950s as a golden age that they should aspire to revisit. Instead, Levin posits, the postwar years were essentially a once-in-a-lifetime opportunity for economic growth that America seized when it happened, but that no longer exists. Levin doesn’t break new ground. Instead, he mines well-trod turf to come up with a new theory for what ails American society and politics. His historical analysis is astute, but Levin’s solutions for fixing a fractured society are frustratingly vague. Intriguingly, his study, published in May 2016, includes not a single mention of Donald Trump, the candidate who capitalized on many of the trends Levin describes. While always politically neutral, getAbstract recommends this insightful study to readers of all political stripes.

The Power of Nostalgia

The years after World War II marked the height of American power. Economic growth was robust, unemployment was low and social cohesion was high. In contrast, in recent decades, individualism, diversity and fragmentation characterize American culture. The result has been a “fractured republic” – a nation where political compromise seems like a quaint notion, where citizens find themselves socially isolated, where the rich get richer, the poor get poorer and Americans grow farther apart ideologically. A stagnant economy offers the most ready explanation for America’s malaise. In its best year in the 21st century, the US economy posted a 3.8% growth rate. In the previous 40 years, that would have been a tepid rate of expansion.

Democrats President Barack Obama, Senator Elizabeth Warren and economist Paul Krugman on the left and Republicans Governor Mitt Romney and Senator Rick Santorum on the right have all evoked nostalgia for the 1950s. The right sees the decade as a time of deeper faith, more enduring family ties and greater patriotism. Those on the left long for an era of strong unions, rising wages, big government and robust growth despite...

A White House staffer under President George W. Bush, Yuval Levin is the Hertog Fellow at the Ethics and Public Policy Center and the founder and editor of National Affairs.