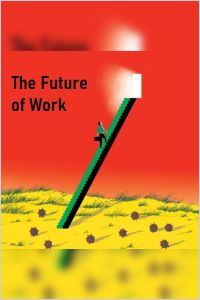 Predictions of Armageddon in the labor market as a result of the COVID-19 pandemic have proved overblown. Although essential workers have suffered grievously, workers across the world’s wealthy countries haven’t experienced the degree of job losses that many pundits foresaw. In this special report from The Economist, Callum Williams places the pandemic in the context of existing trends in work, policy and automation, arguing that the pandemic’s lasting effects will tend to benefit labor markets and many workers. Williams is The Economist’s senior economics writer.

Callum Williams is senior economics writer at The Economist.

Labor markets were healthy, and getting even better, before the pandemic struck.

Since the birth of capitalism, people have fretted that labor markets are failing – that workers’ lives were better in the past and would get worse in the future. The same kind of thinking prevailed in the 21st century before the pandemic struck: notions that workers in general were struggling with scarce and insecure jobs, low pay, unsatisfying work, and the prospect of automation putting them on the street. Pundits posited a new worker class called the “precariat.”

But this common wisdom got it wrong. In 2019, across the wealthiest countries in the world, unemployment had dropped lower than it had been in 50 years. Unemployment among Black people in America and Britain had reached historic lows. Even the most disadvantaged and least-educated workers were finding jobs. This boom in employment accompanied both rising minimum wages and increasing immigration. Pay was increasing for the lowest-paid Americans 50% faster than it was increasing for those at the top of the pay scale. Income inequality remained high, but its upward trajectory had leveled off and by 2019 may even have been...

COVID-19 Risks Outlook
8
Who Is at Risk?
8
How Coronavirus Will Impact the Future of Work and HR
8

The New Office Politics? An “Existential Crisis” for Some
8
Welcome to the YOLO Economy
9
COVID-19’s Biggest Legacy
9