Summary of The Governance of China 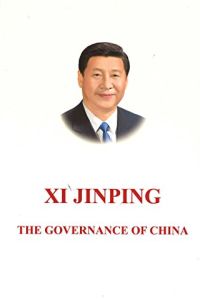 In this collection of speeches and writings, China’s President Xi Jinping describes Chinese socialism as highly efficient, but also as a flawed work in progress – something for Chinese leaders to continue to study and tweak as they learn from experience. To Western readers, Xi’s style of writing may seem formal and diplomatically vague, but this is a work of translation carried out for a head of state, so such positioning may be indigenous to its nature. Many of his speeches and interviews address pressing topics – such as the “inefficient management” of the Internet – in broad terms, leaving the reader to draw his or her own conclusions from the language of statecraft. Patient readers will discover gems of insight. While always politically neutral, getAbstract recommends this collection to executives, policy makers, NGO leaders, students, professors and investors seeking insight into one of Earth’s most powerful men.

Xi Jinping is the president of the People’s Republic of China and general secretary of the Communist Party of China.

Through Hard Work, All Things Are Possible

China is “a great nation” that has played an important role in civilization’s advancement. China also has suffered periods of poverty and foreign aggression: After the Opium War of the 1840s, it fell into an era of decline. Japanese attacks from 1937 to 1945 claimed 35 million lives.

For more than a century, China’s underdeveloped economy left it at the mercy of its foes, but the nation’s growing might has forged a country now at the peak of its power. In a 2012 speech during a visit to an exhibit titled “The Road to Rejuvenation,” Chinese president Xi Jinping said, “All Party members must bear in mind that backwardness left us vulnerable to attack, whereas only development makes us strong.”

China’s path to prosperity passes through its working class. China’s people must push themselves to ever-higher achievement and “guard against indolence.” Chinese leaders must protect and cherish the working class, and nurture and honor talent. China’s trade unions, “an important social pillar,” should embrace innovation. The Chinese people emulate “model workers” – those dedicated, self-sacrificing souls who ...