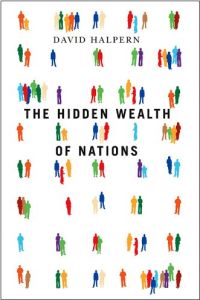 The Hidden Wealth of Nations

Trust, happiness and other forms of human capital constitute the “hidden wealth of nations.” This reciprocal, relationship-based “economy of regard” is a reservoir of unseen assets that parallels the transaction-based economy. Insights from behavioral economics and survey-based measurements of citizens’ satisfaction can help governments perform more effectively. British psychologist David Halpern’s verbose, disjointed writing style may obscure some of his insights on increasing society’s well-being, but his comments are fresh and interesting. While always politically neutral, getAbstract recommends his treatise to those interested in public service and inventive approaches to democratic governance.

The “hidden wealth of nations” is, by definition, hard to see. It defies conventional monetary measurement, but its relationships and routines make society and the economy function. The hidden wealth of a nation derives from the spirit of its population and the interrelationships among its people. It can determine whether a country has the resilience to thrive in adversity.

Government leaders must make policies that address hidden wealth, not just economic progress. Reducing inequality and increasing social mobility are potential policy options, for example. But they don’t deal with hidden wealth, because their exclusive focus on personal income and other financial targets lies outside of its realm. 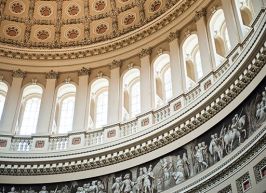