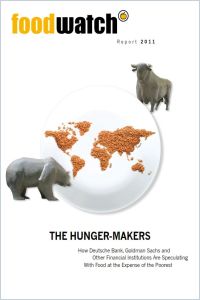 Journalist Harald Schumann examines the complex relationship between investment and poverty in this report, commissioned by Foodwatch – a nonprofit organization that analyzes food industry practices. The report asserts that investments in commodity exchanges forcibly increase the price of food. With the caveat that many who are in favor of investing in agricultural commodities – and even see it as a worthwhile activity – argue persuasively in exactly the opposite direction, and that we are always politically neutral, getAbstract recommends this paper to those seeking to understand this important viewpoint about the ways that global capitalism affects food supply and poverty, how investments could benefit an investor and yet harm the poor, how these events fit together, and what you can do about them.

Foodwatch commissioned Harald Schumann, a senior reporter for the Tagesspiegel in Berlin and an expert on international financial markets, to write this report.

About one billion people around the world go hungry because they cannot afford food. In more than 40 countries, the leading cause of death is malnutrition or related illnesses. In 2010, the World Bank estimated that more than 40 million people were condemned to poverty when food prices rose by more than a third. Speculation in corn, soybeans and wheat contributes to consumer price increases that lead to poverty and lack of food.

Even adjusting for inflation, 2011 global prices for food were 150% higher than in 2000. If people must spend 80% of their income on food, instead of the 10% to 20% consumers allot for food in prosperous parts of the world, such sharp increases can be crippling. Nicolas Sarkozy, the former president of France, referred to speculation in agricultural commodities as “simply extortion,” and said it added up to “pillaging poor countries dependent on food and oil imports.”

The “financialization” of global commodity markets has increased since the beginning of the 2000s. In 2004, Yale professors Gary Gorton and Geert Rouwenhorst suggested that the long-term return ... 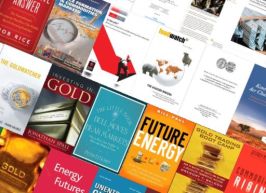