Summary of The Intelligent Investor 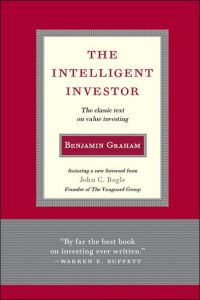 This classic book on investing belongs on every investor’s bookshelf. The principles that Benjamin Graham outlines are the very precepts that have guided such great investors as Warren Buffett and such mutual fund innovators as John Bogle, the noted Vanguard Group founder, who wrote this edition’s foreword. First published in 1949, Graham’s text shows a few signs of age, most notably in its discussion of interest rates, investment vehicles such as savings bonds and other time-sensitive subjects. However, those are minor issues. Most of Graham’s counsel on fundamental investing is timeless. getAbstract highly recommends this seminal book to all investors.

Benjamin Graham (1894-1976), the father of value investing, was also the author of Security Analysis and The Interpretation of Financial Statements.

Financial markets are far different today than they were in 1949, when Benjamin Graham wrote The Intelligent Investor. Stock valuations are much higher, and the savings bonds that Graham praised are no longer attractive investments. Graham described the markets by using a character he called “Mr. Market,” a mythical fellow who offered investors a daily price at which he would buy their stock or sell them more. Generally speaking, Graham advised investors to ignore Mr. Market. However, today’s investors are doing “1,500 times as much business with him as they did a near-half-century ago,” so many investors have ignored this good advice.

Graham would probably have cocked a skeptical eye at today’s volume of speculative trading. He certainly would have criticized the shift from owning stocks to renting them, because short-term stock ownership gives investors little incentive to exercise responsible oversight. However, Graham’s words about “defensive” and “enterprising” investors are still true. He was also prescient about the inability of fund managers to earn a return superior to the market average.