Summary of The Many Lives of Michael Bloomberg 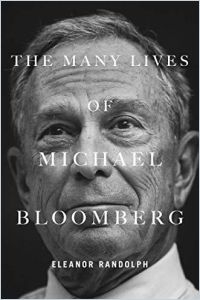 Journalist Eleanor Randolph offers a thorough look at the extraordinary energy that enabled Michael Bloomberg to become a successful financier, businessman,  politician and philanthropist. She recounts his family origins, the hard lessons a poor boy learned at Johns Hopkins, Harvard and Salomon Brothers, and the way he used those lessons during his administration as mayor of New York City. She offers interesting insights as she explains the values and criteria that make for success in Bloomberg’s eyes. Now that Bloomberg is a candidate for the Democratic nomination for President, Randolph’s work gives a real-world picture of how this many-faceted man would run the United States.

Eleanor Randolph, who has covered Michael Bloomberg throughout his political career, has written for The New York Times, The Washington Post, The New Republic and Vogue.

Michael Bloomberg’s family provided the bedrock for his confidence and values.

Michael Bloomberg’s parents supported and encouraged his efforts to pursue greater things. His maternal grandmother encouraged all four of her children to take advantage of the free public education available to them. Her daughter, Charlotte “Lottie” Rubens, passed that discipline along to her son, Michael Bloomberg. He also absorbed the business acumen of his maternal grandfather, whose successful wholesale grocery company enabled him to buy five houses.

When her father died, Rubens earned a college degree and became an auditor for a dairy company. Proud of her son’s success, she always told Bloomberg, “Don’t let it go to your head.” Bloomberg’s father, an accountant, donated annually to the NAACP, in the belief that discrimination against one group was bad for all.

Bloomberg’s self-assurance led him to befriend older boys in school. He was an indifferent student, earning an A in one class and a D in another. Not until his father died, halfway through Bloomberg’s time at Johns Hopkins University, did he begin...