Summary of The Myth of Multitasking 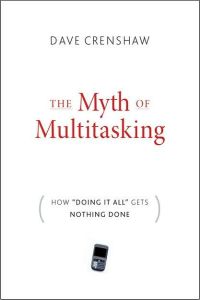 Dave Crenshaw has managed to stretch a clear, simple concept into an entire book, but it is a useful, helpful concept. Crenshaw debunks the myth that multitasking can be effective and advocates focusing on one task at a time instead. He teaches this lesson by telling the story of a gifted business coach, Phil, and his stressed-out client, Helen. He uses the format of a business novel to demonstrate that multitasking is not an efficient way to get things done. Every time a person changes from one task to another, which Crenshaw calls “switchtasking,” he or she loses time and focus. The remedy, the author explains, is to cut down on interruptions, manage how you allocate your time and concentrate on a single task at a time. This is not exactly a groundbreaking theory in time management, but it is certainly a helpful reminder. getAbstract suggests this book to managers who must help employees handle their time and to people who need guidance to quit multitasking so they can actually get things done.

Dave Crenshaw has coached business executives for the past decade. A frequent keynote speaker, he founded the Fresh Juice Strategy program.

Why Multitasking Is a Myth

Phil, a business and time management coach, arrived punctually for his meeting with Helen, the owner of GreenGarb, a successful, environmentally friendly clothing chain. Helen had asked for Phil’s help because her job was devouring all of her time and energy, leaving her feeling stressed out and emotionally drained. Like many of the other business owners and executives who hired Phil, she wanted less pressure and more leisure.

As Phil followed the receptionist down the hall to Helen’s office, he noticed the busy, hectic atmosphere that dominated her workplace. Employees’ desks were overflowing with papers and reports, people were rushing about, phones were ringing unanswered and the employees all looked stressed. The ambience could best be described as “controlled chaos.” Phil’s years as a business coach had taught him that a “business truly is a reflection of its owner,” so he drew a few conclusions about Helen’s organizational style from this disorder.

When Phil entered Helen’s office, she waved him toward a seat. She was wrapping up a meeting with two other men, while her colleague Sally watched. It was clear that Sally was waiting... 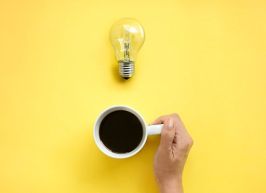