Summary of The Naked Truth 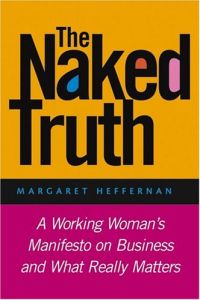 Author and executive Margaret Heffernan fearlessly declares that decades of advice telling business women to act like men, follow traditional rules and cleave to heartless stereotypes are wrong. Breathe a sigh of relief. It’s not you; "It’s the system, stupid!" In her eyes, the business world inherently does not welcome, respect or value women. Refreshingly, instead of blaming women, the author conveys the advice of hundreds of female survey respondents who say men hold the aces in the business world and don’t want to share. Honest, funny and sometimes disconcerting, she offers advice, inspiring examples and helpful stories. She explains how to find or create a humane, cooperative, supportive workplace that fits your principles - and how to make a realistic appraisal if you are at the change-it-or-quit stage. The one shortcoming is the author’s absolute unstated assumption that women are innately, inevitably more cooperative, honest and caring than men. This stereotype is a two-edged sword, wounding those men who do have sound values, and reinforcing the typecasting that women ought to be sweet and nurturing because it’s in their genes. That aside, getAbstract recommends Heffernan’s clear view of the hurdles that block a woman’s path to business success and work-life balance. She confronts painful realities and adapts them, or adapts to them, even if in nontraditional ways. If you have to be one person at work and someone different at home, her dynamic vision can help you pull it all together.

Experienced chief executive Margaret Heffernan has headed five companies and has produced film and television programming. She has written for Real Business and Fast Company. A former commentator on CNN, CNBC and NPR’s Talk of the Nation and Marketplace, she frequently speaks at conferences and business schools.

The Old Boys’ Club Is Alive and Well

People should not have to work where they are excluded, demeaned and even abused, but that’s the reality for many women in business. Contrary to common wisdom, it is still hard for women to go far in much of the corporate world, where sexism is insidious and overpowering.

An article on this topic in Fast Company magazine brought a deluge of e-mails from women who were confused and devastated by the treatment they got at work. Assurances that the women’s movement has already triumphed in the business world miserably failed to fit with these women’s seriously negative experiences. Still worse, such super-positive assurances made each woman feel she was uniquely sad and unsuited to the business world, and so she blamed herself and failed to look at how the system often works against women.

Men created the corporate world. Its written and unwritten structures and rules favor men. Corporate constraints fit the lifestyle of the average man who has a wife at home, but they don’t often align with the life of the average woman, who oversees or provides care for her home, husband, children and aging parents. When women defy corporate... 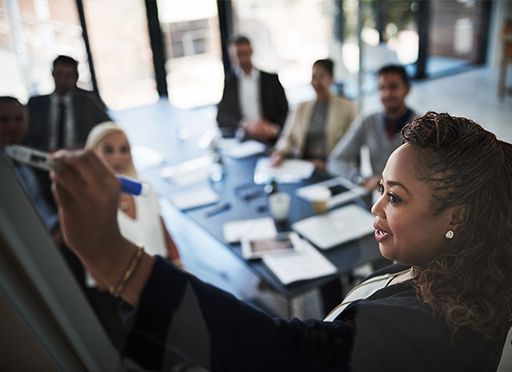