Summary of The Next America 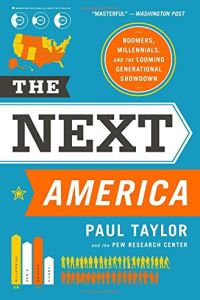 In this intriguing study of demographic trends in the United States, Paul Taylor – a former journalist and former head of the Pew Research Center – outlines the rapid shifts convulsing American society. He cites various polling and research sources and closely reads media coverage and scholarly analysis. White Americans, Taylor writes, will soon lose their population majority, while liberal millennials will inherit an enormous numerical advantage in electoral politics – and so far, millennials have not aged into conservative positions. To his credit – and in evidence of his comprehensive research – Taylor acknowledges that predicting the behavior of US voters is no simple task. This holds especially true for voters born after 1980. But he argues that given millions of millennials and the growing racial diversity of the US, demographics tend to favor future Democrats. Taylor relies on crisp prose and engaging anecdotes to paint a picture of a US society that is changing, with astonishing rapidity. getAbstract recommends his enlightening, hard-nosed overview to managers, investors, policy makers, NGOs, professors and students seeking a fresh analysis of an important topic – the future of the United States.

Paul Taylor was executive vice president of the Pew Research Center for a decade and a reporter at The Washington Post for 25 years. His previous books include See How They Run.

To understand the political divide separating Americans, consider this dichotomy: In 2015, Rudy Giuliani said then president Barack Obama didn’t love his country, even though he’d been elected twice to lead it. Pollsters asked Americans if they agreed with Giuliani. Fully 69% of Republicans did, but only 6% of Democrats. In an era of supercharged partisanship, Americans have moved beyond debating ideas to denying the legitimacy of those on the other side. Polling shows a greater divide between Americans than ever. Stagnant wages and dizzying social changes drive this gap. The rise of outsider politicians such as Donald Trump and Bernie Sanders illuminates it.

In a shift, Americans now base their choices of media, neighborhoods and friends on political affiliations. Conservatives move to suburbs and rural areas; liberals cluster in cities. Conservatives watch Fox News; liberals prefer CNN, NPR, MSNBC and The New York Times. Conservatives report that they deeply distrust traditional media outlets; liberals trust them. With Fox and MSNBC pushing partisan points of view, US media seem to...