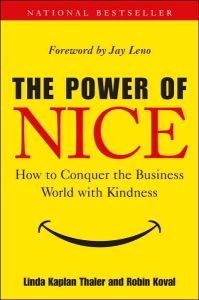 Book The Power of Nice

How to Conquer the Business World With Kindness

Niceness has a bad name in business. Indeed, usually it seems as if the bad boys and girls get ahead, not the good and kindhearted. No one would call former GE chief Jack “Neutron” Welch or Leona “Queen of Mean” Helmsley nice. But Welch started poor and is now worth $720 million. High-school dropout Helmsley was a billionaire until her tax-evasion fall. Authors Linda Kaplan Thaler and Robin Koval say these two toughies are not-so-nice exceptions that prove the rule: Being nice is not only the right way to act, it is the smart way to get ahead. The authors present real-life examples of nice guys who finish first. They demonstrate that treating people well pays in the end. getAbstract endorses their humane premise, while confessing some skepticism about their cheery take on how the world works. If you’ve lost a promotion, for instance, you might not agree that life is always sunny. The authors say hard work, not influence, always wins. Not necessarily, alas. However, this optimistic book has a lot of positive messages, including information nuggets labeled “nice cubes.” One says you can ease people’s stress by giving them chocolate. Another notes that you can make yourself and others feel better by smiling at them. That rings true: Any day when you get chocolate and a smile can’t be all bad.

Frank is a security guard in a Manhattan office building occupied by a prominent advertising firm. A large, middle-aged man, Frank is uniformly pleasant and outgoing. He always has a big grin and a friendly hello for anyone who comes into the building. One day, the president of a large Minneapolis-based bank, a potential client, entered the premises. He had an appointment to discuss whether he would select the agency to handle his bank’s lucrative ad account. The agency’s owners had spent months wooing the bank, but it was anyone’s guess which firm the bank’s president would select, since several top agencies were competing.

As is his custom, Frank heartily welcomed the president and his executive team. Being from the Midwest, the bankers had been nervous about getting a chilly reception from famously hard-bitten New Yorkers. Frank allayed their fears. When the president and his team met with the agency’s principals, he immediately told them, with no discussion, that they had won the bank’s business. “How could I not want to work with a company that has someone like Frank?” he declared. Clearly, being nice pays big dividends.

Linda Kaplan Thaler and Robin Koval are CEO and president of The Kaplan Thaler Group, a fast-growing, New York advertising agency. In 2005, they co-wrote Bang, a bestseller.

The Magic of Tiny Business
8

Would You Do That to Your Mother?
8 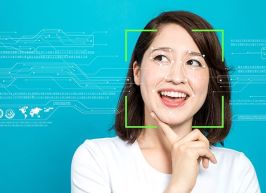