Summary of The Public Domain 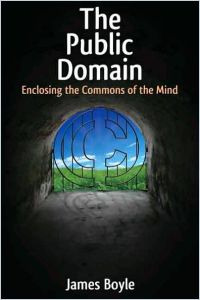 If the current regulatory mindset regarding intellectual property had existed when scientist Tim Berners-Lee developed the World Wide Web in 1989, the Internet might never have grown into the remarkable communication, entertainment and archival medium that it is today. Jazz and many other forms of music might never have come into being if governments were as strict decades ago about copyright law as they are now. Today, warns author James Boyle, huge swaths of the world’s artistic and cultural heritage – books, photographs, films, musical recordings – are locked up in governmental and private libraries and unavailable for distribution to the general public. Why? No one can identify the copyright holders or their heirs to obtain permission to copy them. The number of such “orphan works” is staggering: more than 95% of all books ever printed, and equally high percentages of film and music. Should the government wall off these potential treasures to protect the rights of nameless individuals, most of whom either don’t care or are dead? Boyle, an expert on intellectual property law, thinks not, and he explains why in this heated discussion about trends in his field. getAbstract recommends his illuminating book to writers, inventors, and anyone else involved in the creation of content, as well as to managers and executives who wish both to protect proprietary information and to encourage innovation.

James Boyle is the William Neal Reynolds Professor of Law at the Duke University School of Law. He serves on the board of Creative Commons, a nonprofit organization that enables people to share and build upon the work of others, consistent with the rules of copyright.

Intellectual property law, which encompasses patents, copyrights and trademarks, has become much too broad. U.S. patents now exist to protect the peanut butter and jelly sandwich, as well as basic algorithms and human genes. Recently, the U.S. Digital Millennium Copyright Act (DMCA) erected additional barriers that will greatly restrict future creativity. The DMCA overturns fair use, a venerable common-law principle that, until now, wisely limited copyright. Indeed, intellectual property safeguards are going from bad to worse. If you can think it, you can patent or copyright it.

Most people consider intellectual property to be an arcane discipline that is of significance only to lawyers. However, the way society conceives of intellectual property determines the pace of technological and creative development. Under the current overly protective mindset, the Internet would not exist; neither would jazz or other musical forms that depend on sampling or improvising on existing themes.

Nevertheless, in recent years the legal trend has been to protect intellectual property of all kinds. This is destroying the “public domain...