Summary of The Real North Korea 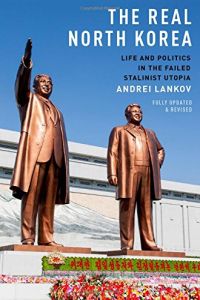 Insight into North Korea’s regime is in short supply. If the Kim rulers were irrational or mad, it would be hard to explain why their dynasty has outlasted the communist governments of Eastern Europe, how it has survived famine and economic failure or how it has held its own through decades of tensions with the world’s superpowers. Professor Andrei Lankov lifts the veil on North Korea and sheds vital light on the reality of its regime, its society and its strategic computations. Lankov, a highly respected scholar on Korea, draws on decades of research, including communications with diplomats and refugees, and his experiences in North Korea as a university exchange student. Although some critics accuse Lankov of offering a Soviet-centric analysis – he was born in Leningrad and received his education in the Soviet Union – he provides a rich, nuanced, accessible overview of North Korea’s history and contemporary society, and a sobering analysis of its possible future.

Andrei Lankov is professor of History at Koomkin University in Seoul, South Korea. A native of St. Petersburg, he studied in North Korea as an exchange student. His books include North of the DMZ: Essays on Daily Life in North Korea and From Stalin to Kim Il Sung: The Formation of North Korea, 1945-1960.

Through purges during the 1950s, Kim Il Sung replaced Soviet government appointees with his own loyal men – former guerrillas like himself – and members of his family. The Kims had a vision of a Maoist communist state, where abundance would arise from selfless, patriotic work and the state would provide all basic needs. Kim Il Sung created a personality cult similar to those in China and the Stalinist USSR, but his went much farther.

When Kim Il Sung died in 1994, his son Kim Jong Il succeeded him. When he died in 2011, his son Kim Jong Un came to power. North Korea is – unique in the world – a “communist monarchy.” Today, about 10,000 party members form an elite upper class. Between one and two million more North Koreans work for the regime out of a total population of 24 million, most of whom live in poverty. North Korea’s leaders have been shrewd, effective...

A River in Darkness
8

The Education of Kim Jong–un
8
Confronting Iran
7
Bytes, Bombs and Spies
7
The Hacker and the State
9
Fear
9 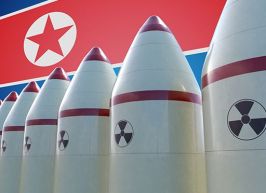