Summary of The Revenge of Gaia 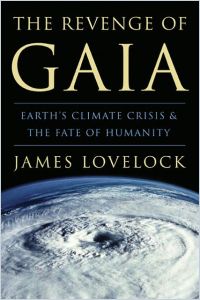 James Lovelock, an eminent scientist and innovative thinker, is best known for his "Gaia Hypothesis," named after the Greek goddess of the Earth. This proposes that all parts of the Earth – living and nonliving – function together in a complex, interdependent system that can be viewed as a "living entity." Lovelock contends that our Earth, "Gaia," is very ill and, alarmingly, will become even sicker due to the effects of global warming. He contends that the nations of the Earth must immediately institute a series of drastic actions to reduce carbon emissions and the other greenhouse gases that contribute to global warming; and that they quickly must take other vital steps to protect the environment. According to Lovelock, if the Earth's people do not take these long-overdue actions, civilization will most possibly perish and, as he grimly puts it, the Earth will become a savage world ruled by "brutal warlords." Lovelock's book is a crucial wake-up call for the planet and life upon it. getAbstract suggests that you read this book to learn about the horrors that may – and the author reports very likely will – occur without immediate action to slow global warming and mitigate its dangerous effects. Forewarned is forearmed.

James Lovelock is a scientist, environmentalist and futurist. He developed the "Gaia Hypothesis." Lovelock lives in ancient Cornwall in Great Britain.

The Earth is called "Gaia," after the Greek goddess of the planet. Using that name, consider the "Gaia Hypothesis": The Earth is a "super organism" that, like many living creatures, regulates its internal environment. This "whole system of animate and inanimate parts" takes care of itself all the time. Many scientists now accept the Gaia Hypothesis as a valid paradigm for Earth. In fact, at a climate-change conference in 2001, upward of 1,000 scientists from all over the world signed their names to the following statement of scientific principle: "The Earth System behaves as a single, self-regulating system comprised of physical, chemical, biological and human components."

The capability of Earth to monitor and regulate its "climate and chemistry," and thus its environment – the oceans, the atmosphere, the biosphere and so on – enables life in all of its myriad forms to flourish and multiply. At least that has been the case until the modern, industrial age. Now things are changing in dangerous, even deadly, new ways.

Earth is now seriously ill, suffering from a fever that could last 100,000 years. Gaia's ability to self-regulate is at risk. Specifically...