Summary of The Secret Man 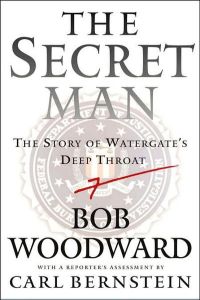 Author and veteran reporter Bob Woodward ends this book by saying, "There never is a final draft of history." Perhaps, but his book turns the page on an era and on Deep Throat - the code name for FBI official W. Mark Felt - the pivotal secret source for the Watergate stories that helped bring down Richard Nixon’s presidency. Remarkably, Woodward and his Washington Post colleagues protected their source’s identity for more than 30 years. Woodward paints a compelling portrait of his almost tortured relationship with Felt, a father figure and mentor. Several times Felt came a hair’s breadth from being exposed. Pained, Woodward admits that he missed his chance to uncover Felt’s motivations for abetting the Post’s investigative crusade. By the time Woodward tried to reconcile their troubled relationship, Felt was 87 and dementia had twisted his memory. Yet, Felt triumphed in his historic clash with Nixon. Woodward concludes, "By surviving and enduring his hidden life...in his own way, W. Mark Felt won." Carl Bernstein’s epilogue, "A Reporter’s Assessment," is an equally fascinating contribution. getAbstract most highly recommends this book, especially for those seeking a better understanding of the Watergate participants, whose actions will continue to ripple the waters of American politics for many years to come.

Bob Woodward is synonymous with American investigative journalism, having covered the Watergate scandal with colleague Carl Bernstein. He has written or co-written 10 nonfiction bestsellers, including The Brethren: Inside the Supreme Court and Plan of Attack, his account of the Bush Administration’s decision to go to war in Iraq.

Bob Woodward first met Deep Throat in late 1969 or early 1970. Woodward was a young Navy lieutenant whose boss had dispatched him to the White House to drop off some papers. His tour in the Navy was ending and he didn’t know what he wanted to do with his life. By his own admission he was drifting, lost and looking for guidance. As he waited to deliver his papers, he took an interest in the serious looking fellow next to him in the waiting room. The gentleman had a natural air of authority and supreme confidence. They were, "like two passengers sitting next to each other on a long airline flight with nowhere to go."

Here, Woodward sensed, was a prospective mentor who could, perhaps, help guide his career decisions. "I am sure I was almost drooling, way too anxious and curious," he later recalled. Woodward struck up a conversation. The man was W. Mark Felt, the FBI assistant director in charge of inspecting FBI field offices.

Felt advised Woodward to follow his own heart. He said his first job out of law school involved an FTC investigation of trade practices in the toilet paper industry. People turned out to be reluctant to discuss their toilet paper...