Summary of The Selfish Gene 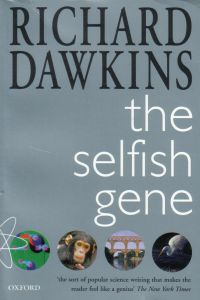 This is an excellent book, thought provoking, lucidly written and full of ideas that seem fresh and new even three decades after first publication. Richard Dawkins is a preeminent writer on science and this was the first of his impressive, award-winning books on various scientific and philosophical subjects. Here and there, the book, which covers evolution, heredity, man’s place among living creatures and many other subjects as well, shows its age. For example, Dawkins refers to transistors in his discussion of computers, wonders whether a computer will ever be able to win a chess match against a grand master and seems to think that understanding the gene sequence is an almost impossibly distant dream. But the book’s underlying logic and its big ideas have nothing antiquated or obsolete about them. getAbstract highly recommends it to the intellectually curious.

Richard Dawkins is the first holder of Oxford University’s newly-endowed Charles Simoni Professorship of Public Understanding of Science. He has written many bestselling books, including Climbing Mount Improbable, and has won many literary awards.

The Purpose of People

Most people do not really understand evolution. It is not about improving the species. It is about the survival of individuals, not individual animals or people, but individual genes.

People have evolved with all sorts of characteristics that are bad for them. For example, they have genetic predispositions to cancer, which is bad for individuals and for the species. But, interestingly, the genes that cause cancer very, very rarely express themselves before an individual reaches breeding age and presumably passes them to the next generation. Childhood cancer is not very good for cancer genes. Children don’t reproduce, so the gene that causes childhood cancer dies with the child. But adult cancer is another matter. When old adults die of cancer, they often leave offspring who carry the gene. The gene, as it were, achieves its objective: survival. The individual and the species are not its priorities. Genes are "selfish," because they self-preserve their utility. Useless genes die out; useful ones protect themselves as best as they can, for the sole purpose of replicating.

Human beings are selfish, too. In fact, genes predispose people to look...