Summary of The South China Sea 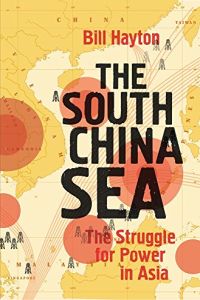 The South China Sea offers only modest deposits of oil and gas. The sea’s landmasses are little more than exposed coral rock and spits of sand. Still, for decades China has played hardball over the area, snatching islands from Vietnam and killing Vietnamese soldiers. Journalist Bill Hayton offers an intriguing blow-by-blow account that largely blames China for its bullying tactics, though he doesn’t come across as a China basher. The biggest challenge for readers is his arcane level of detail – the names of tiny islands and long-forgotten Asian politicians can become confusing. While richly written, Hayton’s timely tale has a couple of slow areas, and he devotes the first chapters to distant history, although interestingly. His treatise is well worth reading, since tensions in the area rage on. getAbstract recommends this seagoing saga to students, investors, multinational managers and policy makers seeking insight into an overlooked corner of the globe.

The South China Sea offers a case study in contradictions. China, Vietnam, Taiwan, Malaysia and the Philippines claim historical ownership of various small islands, yet almost no valid cultural or legal claims exist. Many of the islands are comically small – one under dispute is visible above water only at low tide. Yet, these “shipping hazards” spur military and diplomatic showdowns.

Chinese propaganda depicts the South China Sea’s atolls and exposed reefs as a tropical paradise. In truth, the conditions are so hot, humid and harsh that some Chinese soldiers on island base stations suffer scurvy. China claims that the South China Sea has oil, yet projects that cost the United States, Europe, Russia and Vietnam millions of dollars have come up all but dry.

Despite the South China Sea’s lack of obvious economic or strategic value, Vietnamese and US troops have died in the rare shooting battles that have erupted over it. Vietnam’s regime imprisoned protesters for daring to question China’s incursions. Tensions continue. China uses strong-arm tactics to claim control of the area, with pushback from surrounding governments and private-sector participants...