Summary of The Tangled Tree 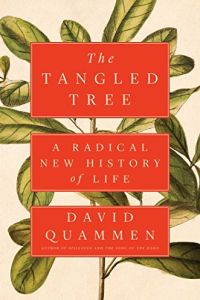 In light of public fascination with family genealogy and heredity, David Quammen’s book offers provocative reading. While it won’t help you determine if you’re related to royalty, it will introduce you to other members of your gene pool: bacteria and viruses. In this ambitious undertaking, Quammen presents the sweep of research into evolutionary history, neatly breaking that history into mostly readable sections about science and scientists. One facet of this highly recommended book is more implied than stated: how science is conducted, and the culture and values of that institution.

David Quammen has written 15 books, including The Song of the Dodo and The Reluctant Mr. Darwin. A former Rhodes scholar, he wrote the text of the entire May 2016 National Geographic about Yellowstone’s ecosystem. Harper’s, The Atlantic, Outside and other magazines also have published his work.

Life is precious. As far as scientists know, it exists only on Earth. How did that happen? The definitive answer remains unwritten, but what scientists are learning so far causes them to remap evolutionary pathways continually, both toward the past and toward the future. New discoveries and theories explain how life in its myriad forms developed and the relationships among living things. In that picture, people may well ask if humans are who they think they are. Biologically, the answer is startling.

Much of today’s understanding of evolution comes from molecular phylogenetics research. The field focuses on the evolutionary relationships among microbes – single-cell organisms such as bacteria and archaea – by analyzing genes or cellular activity. Scientists can trace the molecules involved in DNA, RNA, amino acids and proteins through the billions of years of Earth’s existence. Researchers are uncovering genetic material that organisms share, establishing timeframes for the appearance of various life forms, and discovering and classifying previously unseen life.

Power Couple: Science and Technology
8
Classify Viruses – The Gain Is Worth the Pain
7
Editing Humanity
9
Hacking the Code of Life
7
Making Sense of Coronavirus Mutations
8
Daring to Hope
8