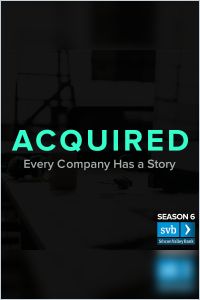 Since its 2018 merger with its American twin Musical.ly, the social media app TikTok has rocketed to an $80 billion valuation and 500 million monthly active users. In a fascinating podcast, Acquired hosts Ben Gilbert and David Rosenthal trace TikTok’s journey back to its earliest beginnings. The podcast was released at the end of 2019 – and thus doesn’t touch on the Walmart/Oracle deal that allowed TikTok to stay in operation in the United States.

The Acquired podcast tells the stories behind great companies, diving deep into the events and strategies that made them successful. The hosts are Ben Gilbert, co-founder of the Seattle start-up studio Pioneer Square Labs, and David Rosenthal, former general partner at early-stage venture firm Wave Capital in San Francisco.

In 2012, Alex Zhu, and Louis Yang, who’s based in Shanghai, China, founded Cicada Education as a side project to create short-form educational videos. The start-up failed, mainly because the available tools weren’t up to the task yet, and short videos didn't work as a good medium to convey complex educational ideas.

But Zhu built on lessons from Cicada when he founded Musical.ly in 2014. He was riding a train to work when he noticed a group of teenagers collaborating to create a video with background music on their phones. This observation inspired Zhu to develop an app that would simplify short video creation. Taking inspiration from Twitter’s Vine in the United States and the app Kuaishou in China, which were exploring user-created short-form video around the same time, Zhu and Yang launch their app, Musical.ly, in China, Japan, Europe and the United States in 2014.

In the United States, the popularity of lip-syncing leveraged the app's popularity. To boost growth, the founders started issuing challenges via notifications encouraging users to...

Lessons Learned from Chinese Education Startups
8
How to Plan and Design Microlearning
7
Read, Listen or Watch? How We’ll Access Knowledge in the Future
0
The Future Of Talent Acquisition
8
Chatbots for Behaviour Change in L&D
7
Growth in Turbulent Times
9